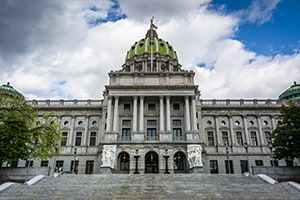 But that is not the argument when you sue a great hospital like Penn. Instead, the argument is that while most people are blessed to be treated by such a great hospital, awful mistakes happen at the best of hospitals. Sometimes it is a good doctor who makes an awful mistake. Other times, it is a doctor that never should have been caring for patients in the first place, much less at a place like Penn.

Venue for Malpractice Lawsuits Against

Below is a brief summary of several malpractice cases recently filed against the Hospital of the University of Pennsylvania.

Verdicts & Settlements Contact Us About University of Pennsylvania Hospital Malpractice

If you or someone you know may have a claim for malpractice against the Hospital of the University of Pennsylvania or another Penn Medicine hospital call Miller & Zois at 800-553-8082 or get a free online consultation.