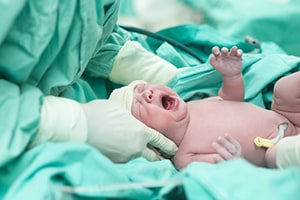 Delaware is the 2nd smallest state (only Rhode Island is smaller) in geographical size with the 6th smallest population. The state is divided into 3 comparatively large counties: Newcastle, Kent, and Sussex. Sussex County covers the southern portion of the state and has a population of just under 200,000 people. Kent County occupies the central region of Delaware and home to 160,000 people.

Not surprisingly, the social demographics of New Castle County are completely different compared to the rest of the state. New Castle is a very typical urban, liberal population center.

Almost all personal injury lawsuits in Delaware get filed and resolved in the Superior Court. Each County has its own Superior Court which is the court of general jurisdiction for civil and criminal matters.

The Delaware Court system is somewhat unique among states in that it has a Chancery with special subject matter jurisdiction over "equity" cases and cases involving corporate law issues. The workload and efficiency of the Superior Courts vary significantly depending on location. Not surprisingly, the vast majority of civil cases (and all other cases) end up in the Superior Court for New Castle County. This is because most of the people in Delaware live in New Castle County and also because it is the most favorable venue for plaintiffs.

Just like every other state, Delaware imposes a legal deadline on how long plaintiffs can wait before filing a personal injury lawsuit. These deadlines are commonly known as a statute of limitations. Although all states have a statute of limitations for personal injury and other claims, the length of time and rules for when the time begins to run are different in each state.

In situations where a plaintiff is partly responsible for the accident that caused his injury, states follow different legal rules on how this affects their right to recover damages. Delaware has adopted what is referred to as a modified comparative fault rule. 10 Del. C. § 8132. Delaware's comparative fault rule holds that if you are found to be partly at fault for an accident, you can still sue the person who was primarily at fault but your damages will be reduced based on your percentage share of the blame.

For example, say you are involved in an accident and you suffer damages totaling $100,000. You go to trial and the jury awards you $100,000 but finds that you were 20% at fault for the accident, you will only $80,000 because your damages are automatically reduced by your 30% share of the fault.

There is a limit to this rule, however. If the plaintiff is 51% or more at fault for the accident they are completely barred from recovering any damages. So continuing with our example above, let's say you have $100,000 in damages but a jury finds that the defendant was 40% negligent and you were 60% negligent. In this scenario, you won't get $40,000 in reduced damages. Under Delaware law, you will not be entitled to any damages at all because you were more than 51% at fault.

This basically means that when you get in a car accident, you submit a claim under your own insurance policy even if the other driver was at fault. Unlike in pure no-fault states, however, Delaware does not impose any limits or restrictions on the right to sue the at-fault driver for additional damages.

In Delaware, personal injury protection (PIP) coverage is mandatory with minimums of $15,000 per person/$30,000 per accident. The same $15,000/$30,000 minimums apply for uninsured motorist coverage, however, UIM coverage can be declined in writing.

A number of states have adopted a so-called "one-bite" rule for dog bite liability cases. Under this rule, the dog owner is not liable the very first time his dog bites someone (unless he had reason to know the dog was dangerous). But he will be liable if the dog bites someone again. Delaware has rejected the one-bite rule in favor of a strict liability approach to dog bite liability.

No Caps on Personal Injury Damages

Under Delaware law, personal injury claimants are entitled to recover the normal types of compensatory damages: lost wages/income, medical expenses, pain and suffering. Delaware also allows punitive damages to be award in certain circumstances. Delaware law does not impose any caps or maximum limits on the amount of damages plaintiffs can receive in a personal injury case.

Delaware Verdicts and Settlements
Personal Injury
Client Reviews
★★★★★
When my sister was killed, we turned to Miller & Zois to fight for us. They stood by us every step of the way and we ended up getting more money than we asked for. C.B. (Baltimore City)
★★★★★
My prior lawyer was not able to get the insurance companies to offer a single penny in my case. Then my lawyer referred me to Ron and Laura. It was a long fight and they fought for me every step of the way. My case settled for $1.31 million. A.A. (Baltimore City)
★★★★★
I did not get an offer for my case because the insurance company said they were denying coverage. My lawyer then referred me to Miller & Zois. After Miller & Zois got involved, the offer was raised to $150,000. We thought that was not fair so Miller & Zois took my case to arbitration. Our case was well prepared and perfectly executed. The arbitrator awarded me $405,000. R.V. (Anne Arundel County)
★★★★★
I refer all of my serious injury cases in Maryland to Miller & Zois because they turn over every last stone to maximize the value of their case. The last case I referred to them settled for $1.2 million. John Selinger (New York personal injury lawyer)
★★★★★
As former insurance defense lawyers, Miller & Zois 'know the other side's playbook'. Lawyers Weekly USA
View More
Submit a Law Firm Client Review