What is a Birth Injury? 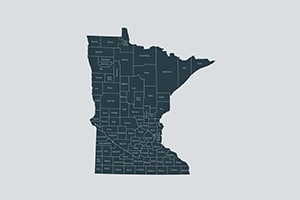 A birth injury is a physical injury that occurs while the mother is in labor or in the process of birthing. These injuries are often preventable and caused by medical negligence. Some common types of practices that often result in preventable birth injuries are:

The longstanding rule in Minnesota is that a medical malpractice claim accrues upon the termination of the medical treatment by the health care provider. Like in most states, application of the statute of limitations to birth injury claims varies depending on whether the tort claims are being brought directly by the parents or on behalf of the injured child. Parents can sue directly to get compensation for medical expenses they incur before the injured child turns 18. The injured child has claims for pain and suffering, lost future wages, and future medical expenses they will incur after they turn 18. The Minnesota statute of limitations applies differently to these 2 types of claims.

To establish a medical malpractice birth injury claim under Minnesota law expert witness testimony is generally required to establish the standard of care and how the doctors involved in the case departed from the standard. In Minnesota, all lawsuits alleging medical malpractice must be supported by a "Certification of Expert Review" which gets filed with the initial complaint. Minn. Stat. 145.682. However, when the acts or omissions complained of are within the general knowledge and experience of laypersons, expert testimony is not necessary to establish the standard of care.

More specifically, to win a birth injury malpractice claim in Minnesota, the plaintiffs' attorney must prove

Unlike some states, Minnesota prohibits wrongful life and wrongful birth claim. Minn. Stat. 145.424. Parents and children cannot claim that medical malpractice or failure to impart material information to the parents precluded the parents' right to an informed decision on whether to give birth to the child. Similarly, a child cannot assert that he or she would have been better off not being born. However, in 2004, the Court of Appeals of Minnesota held that physicians owed a legal duty to inform parents of potential birth defects. (Molloy v. Meier).

Damages for Birth Injuries in Minnesota

Under Minnesota law, both the actual victim (child) and the parents or legal guardians can seek compensation. Minnesota does not impose any maximum limits or caps on the damages in birth injury medical malpractice cases. The categories of recoverable damages in a Minnesota birth injury case include:

In most birth injury cases in Minnesota and elsewhere, the biggest component of damages is the future cost of caring for the child.

What Is Required Before Filing a Birth Injury Claim in Minnesota?

Minn. Stat. § 145.682 requires that within 180 days of commencement of a suit, the plaintiff must produce expert affidavits stating, with respect to issues of malpractice or causation, the substance of the facts and opinions to which the expert expects to testify and a summary of the grounds for each opinion.

The purpose of these expert affidavits (called subdivision 4 affidavits) is to provide a means of readily identifying meritless lawsuits at an early stage in a medical malpractice lawsuit. These affidavits are expected to "set forth, by affidavit or answers to interrogatories, specific details concerning their experts' expected testimony, including the applicable standard of care, the acts or omissions that plaintiffs alleged violated the standard of care and an outline of the chain of causation the allegedly resulted in damage to them."

You have 180 days after the filing the lawsuit to provide these affidavits. But it is foolish to not simply file them with your birth injury claim. You have to have your case fully ready to go long before filing suit.

But there are significant constraints on claims on plaintiffs' lawyer's ability to use information obtained in the peer review process. The plain language of the peer review confidentiality provisions of Minn. Stat. § 145.64, which expressly prohibits disclosure, discovery, or introduction of evidence necessary for defense against a claim of negligent credentialing, demonstrates the legislature's intent to bar such claims.

Contact Miller & Zois today for a free consultation about potential birth injury malpractice cases. Call us at 800-553-8082 or get a free online consultation.