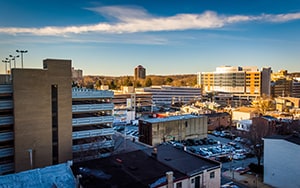 Although Delaware is a comparatively small state, hundreds of medical malpractice cases get filed in Delaware's civil courts each year. Like all states, Delaware has its own unique rules and statutory laws governing the liability of medical professionals and the right of patients to sue them. Although Miller & Zois is based in Baltimore, we regularly handle cases in Delaware and consider it one of our local jurisdictions.

Anyone who is considering a medical malpractice lawsuit in Delaware should familiarize themselves with the state's malpractice laws because they can have a major impact on the value of your case or whether you have the right to sue at all. The 2 primary malpractice laws in Delaware that can impact prospective plaintiffs are: (1) the statute of limitations for malpractice claims; and (2) the affidavit of merit requirement.

What is the Delaware Statute of Limitations on Medical Malpractice Cases?

Medical malpractice claims in Delaware are subject to a 2-year statute of limitations (Del. Code § 6856). In contrast to most other states, Delaware does not follow the "discovery rule" for determining when the limitation period begins. This means that Delaware's 2-year deadline starts on the date that the alleged medical malpractice occurs (not when it was reasonably discovered).

In circumstances where the medical error could not possibly have been discovered within 2 years, Delaware allows the limitations period to be extended by 1 year (Del. Code § 6856(1)). This effectively means that the absolute maximum limitation period for any malpractice claim is 3 years. This makes Delaware's statute of limitations on malpractice claims one of the toughest in the country. If a claim is not filed within 3 years from the date of the injury, it is completely barred, regardless of whether the malpractice could have been discovered or not. This can have some harsh results. Delaware's highest court has repeatedly ruled that even if an injury from malpractice is "inherently unknowable" or could not possibly have been discovered within the 2 or 3 year limits, the statute of limitations still applies and the claim is barred if not filed within 3 years. Cole v Delaware League for Planned Parenthood, 530 A.2d 1119 (Del 1980).

There are only 2 limited exceptions to this 3-year max limitation on Delaware malpractice claims: (1) fraud; and (2) minority. The fraud exception applies if it can be shown that the doctor intentionally concealed the malpractice or prevented the plaintiff from discovering it (e.g., destroying medical records; lying about what happened, etc.). In this situation the limitations period can be "tolled" until the fraudulent concealment is overcome. The minority exception is applicable in cases where plaintiff is a child at the time of the injury.

What is the Delaware's Affidavit of Merit Requirement in Medical Malpractice Cases?

The affidavit of merit is basically a written statement from a qualified expert witness (i.e., another doctor of the same specialty as the defendant) which certifies that the plaintiff has "reasonable grounds" for his or her malpractice claims. This means that just to file a malpractice lawsuit in Delaware, a plaintiff first has to get another doctor to review the case and confirm that the doctors were negligent.

Is There a Cap on Damages for Medical Malpractice in Delaware?

Newcastle County is in the northern part of the state and includes the Wilmington area. This is a densely populated, urban, politically liberal area that is generally very plaintiff friendly. By contrast, Kent and Sussex counties are largely rural with much more conservative juries pools.

Below are summaries of actual verdicts and publicly reported settlements from Delaware medical malpractice lawsuits.