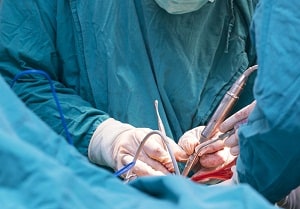 All states have enacted laws that impose time limits on how long prospective plaintiffs can wait before filing a civil lawsuit against potential defendants. This type of time deadline on filing claims is commonly known as a "statute of limitations." Different types of civil claims (e.g., negligence, malpractice, trespass, slander, etc.) are subject to different limitations deadlines.

Example: John has bypass surgery on his heart at a hospital in Philadelphia in 2012. After the procedure, everything seems to be fine for several years. However, 5 years later in 2017, John suffers a major heart attack and testing reveals that the 2012 bypass surgery was performed incorrectly and drastically increased his risk of heart attack. Even though the actual malpractice occurred back in 2012, John had no way of knowing this until the error was discovered by subsequent testing in 2017. In this case, John's 2-year limitations starts running when the botched surgery was discovered in 2017. John has until 2019 to file his malpractice lawsuit.

Example: Continuing with the example above, let's say John had his heart surgery 2 years earlier in 2010. Everything seems fine for the first 8 years, then John has his subsequent heart attack in 2018 and testing reveals that the prior surgery was botched. In this fact scenario, John's malpractice claims for the botched 2010 surgery will be barred by the 7-year statute of repose.

There 2 significant exceptions to the 7-year max deadline under the statute of repose. First, the 7-year limit is not applicable to cases where a foreign object is mistakenly left inside the body during surgery. For example, if poor John had his heart surgery in 2010 and doctors accidentally left a sponge or surgical tool inside his chest, he does not have to sue within 7 years. Second, the statue of repose does not apply to claims of minors (i.e., individuals under the age of 18).

Special Rules for Malpractice Claims Made by Minors

When the prospective plaintiff in a medical malpractice lawsuit is a child (under the age of 18), neither the 2-year statute of limitations or the 7-year statute of repose deadlines apply. Unlike adults, minors are not expected to make decisions on whether to file a lawsuit for medical malpractice. For this reason, Pennsylvania law "tolls" the application of the 2-year deadline until the minor reaches the age of majority (18). So if a minor has a medical malpractice claim, their 2-year deadline to file a lawsuit will be on their 18th birthday and expire on their 20th birthday.

Interpretation of the Discovery Rule

Application of the "discovery rules" is the most litigated aspect of Pennsylvania's statute of limitations in medical malpractice cases. Under the discovery rule, the 2-year deadline for a medical malpractice action does not begin until the time a plaintiff learns, or by the exercise of reasonable diligence could learn, of an injury potentially caused by medical error. This doesn't mean that plaintiffs are expected to have expert medical knowledge or fully understand the nature of the medical negligence involved. Once the plaintiff becomes aware of the injury and the fact that it may have been caused by a doctor, the statute of limitations period begins to run. Moreover, the 2-year deadline will begin to run when there are sufficient to prompt a reasonably diligent person to investigate. For example, when a woman learns she has breast cancer it should immediately alert her that prior mammograms had been misread. So the statute of limitations would begin to run from the time she is first alerted to the fact that she had cancer, not the time that she confirms that prior mammograms were misread.

Other Pennsylvania Malpractice Topics
Contact Us
Personal Injury
Client Reviews
★★★★★
When my sister was killed, we turned to Miller & Zois to fight for us. They stood by us every step of the way and we ended up getting more money than we asked for. C.B. (Baltimore City)
★★★★★
My prior lawyer was not able to get the insurance companies to offer a single penny in my case. Then my lawyer referred me to Ron and Laura. It was a long fight and they fought for me every step of the way. My case settled for $1.31 million. A.A. (Baltimore City)
★★★★★
I did not get an offer for my case because the insurance company said they were denying coverage. My lawyer then referred me to Miller & Zois. After Miller & Zois got involved, the offer was raised to $150,000. We thought that was not fair so Miller & Zois took my case to arbitration. Our case was well prepared and perfectly executed. The arbitrator awarded me $405,000. R.V. (Anne Arundel County)
★★★★★
I refer all of my serious injury cases in Maryland to Miller & Zois because they turn over every last stone to maximize the value of their case. The last case I referred to them settled for $1.2 million. John Selinger (New York personal injury lawyer)
★★★★★
As former insurance defense lawyers, Miller & Zois 'know the other side's playbook'. Lawyers Weekly USA
View More
Submit a Law Firm Client Review