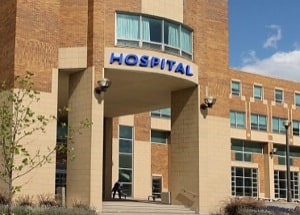 Like most of today's large regional hospital and healthcare systems, the WellSpan Health system began as a single hospital - York Hospital. York Hospital was founded in 1880 as the York Hospital and Dispensary. The hospital originally occupied a simple 3-story building constructed on land donated by a local York businessman. 10 years after opening its doors the hospital (which would later be known as York Hospital) was treating about 2,000 patients a year.

WellSpan does directly employ around 1,500 physicians and licensed health care professionals so it often gets sued directly for malpractice by its employee doctors. WellSpan and its various hospitals are also frequent defendants in hospital malpractice claims. Like most other hospital systems, WellSpan is self-insured and is often inclined to settle malpractice cases quickly to protect its community image. In fact, a review of the reported settlements involving WellSpan clearly indicates that a significant percentage of claims against the hospital system get settled quickly, with no details disclosed.

WellSpan has utilized a variety of different attorneys as defense counsel in its medical malpractice cases. The law firm of Stevens & Lee in Lancaster, PA has most frequently been called upon to represent WellSpan in medical malpractice cases. However, but a handful of other firms from the surrounding area have also entered their appearance on behalf of WellSpan in these cases.

Below are summaries of verdicts and reported settlements from actual medical malpractice cases against WellSpan Health or a hospital or other provider in the WellSpan system.

Medical malpractice lawsuits are complicated, difficult and expensive cases. To go up against a large health system like WellSpan you need a good, effective, malpractice firm behind you. The Pennsylvania medical malpractice lawyers at Miller & Zois can fill this role for you. We have experience going up against WellSpan and even larger hospital systems and consistently delivering the best possible results to our clients. Call us today at 800-553-8082 or reach out to us online.