A Look at the Law Governing Medical Negligence in Virginia

Below we have summarized a number Virginia law on key medical malpractice issues. Naturally, you should verify these rules with a Virginia attorney before assuming this is the law that applies to your case. These rules often have exceptions not fully articulated below, the law changes, and so forth. 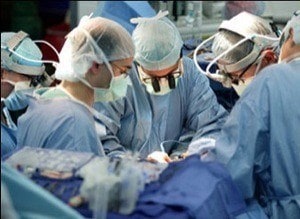 The statute of limitations in Virginia is 2 years. Va. Code Ann. § 8.01-243(A)&8.01-244 (2012). The statute begins to toll once the injury occurs, not when resulting damage is discovered. Va. Code Ann. § 8.01-230 (2012). Virginia has a brutally harsh discovery rule which often burns victims who could not know of the connection between their injuries and the negligence -- or even the injury itself during the two year period.

With that said, the Virginia Supreme Court has extended the statute of limitations in other circumstances, acknowledging that injuries often arise later and need not happen contemporaneously to the negligent act. St. George v. Pariser, 484, S.E.2d 888, 890 (Va. 1997).

The Virginia Birth-Related Neurological Injury Compensation Fund, which we discuss more fully below, contains a statute of limitations (Va. Code § 38.2-5013) that requires that a claim under the fund must be brought within 10 years of the birth of the injured child.

This approach is much harsher than the concept of comparative negligence, which permits the jury to simply reduce the damages in proportion to the plaintiff’s negligence. However, in the event the plaintiff’s negligence occurs before or after the negligent act of the defendant in question, contributory negligence does not apply. Id. (thankfully holding that waiting two months while a misdiagnosed lump became enlarged did not constitute contributory negligence as the delay to seek a second diagnosis did not occur at the time of the misdiagnosis).

In cases involving multiple defendants, Virginia utilizes the common law doctrine of joint and several liability. Dickenson v. Tabb, 156 S.E.2d 795, 801 (Va. 1967). Joint and several liability applies when a plaintiff has been injured by multiple defendants but is unable to prove exactly how much each defendant contributed to the injury. Id. (holding that the causation of each broken bone and bruise could not be specifically attributed to one of several defendants involved in a vehicular accident). In those situations of indivisible injury, each separate defendant can be held liable for the entirety of the damages. Id. When the injury is divisible, then each defendant will be liable for their proportionate amount of responsibility for the injury. Maroulis v. Elliott, 151 S.E.2d 339, 344-45 (Va. 1966). Plaintiffs also have the option of initiating separate lawsuits against each tortfeasor and obtaining separate judgments. Va. Code Ann. § 8.01-442 (2012). However, once one of the judgments is satisfied in full, all other wrongdoers are discharged. Id. The paying defendant can then seek contribution from other involved wrongdoers. Wiley N. Jackson Co. v. City of Norfolk, 87 S.E.2d 781, 784 (Va. 1955).

Virginia law follows most other states on vicarious liability. A plaintiff bringing an action against a medical employee for malpractice can also bring an action against the employer under the doctrine of vicarious liability. The doctrine states that the employer is responsible for the acts of the employee if the employee was acting within the scope of his or her employment when the negligence occurred. What this means is that a plaintiff who goes to see a doctor at the hospital and gets injured by a misdiagnosis can also sue the hospital. In some cases, a hospital can also be liable for the actions of independently contracted physicians under the apparent agency theory. In other words, if the doctor looks like he or she works for the hospital and a reasonable person would believe this to be the case, then the hospital will be held liable for that doctor’s medical malpractice. Street v. Washington Hosp. Center, 558 A.2d 690 (D.C. 1989).

Virginia does not require parties to enter into mediation in order to pursue a lawsuit. However, the vast majority of medical malpractice cases settle prior to trial via mediation. During mediation, both parties and their attorneys meet together with a neutral mediator. The mediator acts as the middleman in negotiations and is tasked with both overseeing the settlement and deciding the outcome of the case. Mediation is a fast and inexpensive method of resolving an issue with a medical service provider. Trials are often incredibly time-consuming and costly as inordinate amounts of time are spent investigating, researching, conducting discovery, taking depositions, writing complaints and motions, and preparing for trial. Mediation may be an appropriate (and the best) strategy for your situation as it allows you to negotiate with the other party, ensures a favorable outcome, and is less stressful.

Virginia permits both plaintiffs and defendants to request a review of their case by a medical malpractice review panel. Va. Code Ann. § 8.01-581 (2012). Though this panel is by no means required, the panel can review evidence, conduct hearings, and assess whether the defendant complied with the standard of care required. Id. The panel must be requested within 30 days of the defendant’s responsive filing. Id. Once requested, the malpractice suit is stayed in court until the panel presents its findings. Id. While the panel’s decision is not binding on the court nor can the panel be called as an expert witness, the decision is admissible as evidence and can also be useful in negotiations through mediation. Id.

Given complex medical terminology that is bound to appear in a medical malpractice case, plaintiffs are required in a vast majority of cases to submit expert testimony. Raines v. Lutz, 341 S.E.2d 194, 197 (Va. 1986). The expert is required to establish the standard of care, how the defendant deviated from that standard, and how that deviation was the proximate cause of the injuries. Id. at 196.

An individual must meet a series of criteria in order to qualify as an expert. The witness must: 1.) have expert knowledge of his/her specialty field, 2.) possess a clinic in the specialty field or related field within a year of the alleged negligent act, and 3.) be familiar with the Virginia standard of care if an out-of-state witness. Va. Code Ann. § 8.01-581.20 (2012).

An expert witness is not required in cases in which the malpractice and understanding of it are within the realm of the jury’s common knowledge and experience. Easterling v. Walton, 156 S.E.2d 787, 791 (Va. 1967) (holding that expert testimony was not required when a foreign object was left inside plaintiff during surgery).

In some cases, the plaintiff may invoke the doctrine of res ipsa loquitor in medical malpractice suits. The doctrine applies when: 1.) the means or instrumentality that caused the injury was in the exclusive control of the defendant, 2.) the defendant had or should have had exclusive knowledge of how this instrumentality was used, and 3.) the injury would not have occurred had the defendant exercised proper care. Easterling v. Walton, 156 S.E.2d 787, 789-90 (Va. 1967). If all 3 elements are met, then negligence can be inferred from the facts. Id. However, the plaintiff is still responsible for proving the defendant’s negligence. Id.

Cap on Attorneys’ Fees and Damages

However, there is no statute imposing a cap on attorneys’ fees in Virginia.

Assumption of the Risk

Under Virginia’s doctrine of assumption of the risk, the plaintiff's claims are barred if plaintiff brings about a condition or situation obviously dangerous to himself by voluntarily exposing himself to the hazard. Assumption of the risk also is not available as a defense in Virginia if the defendant’s conduct is “willful and wanton” which is rarely an issue in medical malpractice cases.

Some defendants may be immune - as we saw in the Virginia Tech shootings - under sovereign immunity if they are employed by government institutions. In deciding whether to grant immunity, Virginia courts consider: 1.) if Virginia controls when/where the defendant works, 2.) if compensation is not dictated by number of patients or services provides, 3.) if the defendant has a government objective, and 4.) if the defendant’s discretion is limited to the interests or functions of Virginia. Lohr v. Larsen, 431 S.E.2d 642, 645 (Va. 1993). Generally, independent contractors of the state do not receive immunity. Ogunde v. Prison Health Services, 645 S.E.2d 520, 524-25 (Va. 2007).

The Birth Act is, in our opinion, a well-meaning but awful series of statutes enacted in 1987 that created the Program and the Virginia Birth-Related Neurological Injury Compensation Fund. This fund provides an exclusive remedy outside of the tort system for children who suffer from birth-related neurological injuries. But it takes away the patient and the family's right to a jury trial if an award is made and the award is capped.