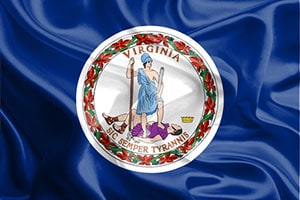 In addition to car accidents and medical malpractice actions, premises liability or slip and fall cases account for a large number of personal injury tort cases in Virginia. Premises liability is a theory of negligence that holds property owners (and their insurance companies) responsible when someone gets injured by a hazardous condition on the property.

In Virginia, all home and business owners have a legal duty to use and maintain their property in a reasonable manner so as not to injure another person, especially if the plaintiff is a business invitee. Property owners are under a duty to exercise ordinary care and to maintain their business premises in a reasonably safe condition. This duty extends to regularly inspecting and cleaning the premises as well as a duty to warn customers of any hazards of which they may not be aware. Under Virginia law, to be liable for an injury caused by a defective condition on the premises, the property owner must have had actual or constructive knowledge of hazardous condition and failed to properly maintain, correct, or warn the public about the defect.

A common personal injury action stemming from premises liability are slip and fall accidents. When property owners failed to warn or correct a defect/condition on their property and an invitee or customer falls as a result, they may have a cause of action against the property owner.

Below are some reported verdicts and settlements from recent premises liability cases in Virginia:

In Virginia, a person injured by a dog may bring a common-law negligence action against the owner or keeper of the dog. The owner of the dog has a duty to exercise ordinary care to protect people from injuries that might have been caused by the dog. In order to recover the plaintiff must prove that the owner failed to exercise such care over the dog and that failure proximately caused the injury.

Virginia follows the so called "one bite rule." Under this rule a dog owner is not liable for injuries caused by their dog's bite if the dog has never attacked a person or dog before. The breed of animal is not dispositive when evaluating a potential dog bite claim. However, if the dog is considered a "dangerous dog" then the dog owner is strictly liable for the injuries caused by the dog. Under Virginia law the definition of a "dangerous dog" is based on the dog's prior history. In other words if the dog has previously attacked a person or companion animal (e.g., another dog or cat) then it will be classified as a "dangerous dog" from that point forward.

Below are some reported verdicts and settlements from recent dog bite cases in Virginia:

Product liability refers to claims arising from personal injury or property damage caused by dangerous or defective products sold or leased in the marketplace. In product liability claims, an action can be brought against any party in the marketing chain from manufacturer to retailer. Under Virginia law (like most other states) there are four standard requirements in product liability case: (1) a marketed product, (2) a defect, (3) causation, and (4) personal injury or property damage. The plaintiff must prove that a marketed product was defective and that the defect was the cause of the injury or damage.

Virginia does not recognize strict liability in products liability cases. Instead, the injured parties must bring a claim based on negligence and breach of warranty theories. Under the negligence theory, the injured person must show that: (1) there was a duty to properly design, manufacture, and warn consumers; (2) the duty was breached; and (3) the breach caused the injury. Under the breach of warranty theory, the plaintiff is asserting that the manufacture guaranteed that a product will act or perform a certain way but failed to do so.

Below are some reported verdicts and settlements from recent premises liability cases in Virginia:

If you have a personal injury case in Virginia the lawyers at Miller & Zois can help you get the best possible results. Call us at 800-553-8082 or get a free online consultation.