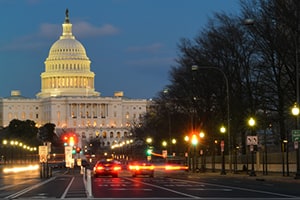 The D.C. Court of Appeals rarely issues malpractice opinions. When they do, our lawyers take notice. The court issued a 58 page opinion in Providence v. Willis. The opinion is significant enough that it is worth reading. For those who do not want to take the time to read this opinion, we summarize it here for you.

This is a civil action alleging medical negligence on the part of the employees and agents of defendant Providence Hospital, including a doctor we will not name but one who has been sued many, many times. Our law firm has sued him and so have many others. This hospital malpractice suit involved a claim that the hospital staff negligently failed to place compression devices (SCDs) on his legs following surgery despite surgeon's orders. Plaintiff claimed that this oversight by the hospital caused him to develop deep vein thrombosis (DVT) requiring below the knee amputation of both his legs. The case went to trial in Washington D.C. Superior Court and a jury awarded plaintiff $650,000 in damages for injury arising from negligence by nurses employed by the Hospital. A win for the victim but certainly not as much as you would expect for a case with such a grave injury (more on this below).

The Hospital filed an appeal seeking to set aside the verdict on grounds that the plaintiff not prove a causal link between the negligence of the nurses and his injury. Plaintiff filed his own cross appeal claiming the jury's damage award was inadequate and influenced by the trial's court refusal to give an instruction on the "special susceptibility."

The principal issue in this case was whether the DVT became well established in the plaintiff's legs before or after a second surgery was performed to ameliorate an abscess on his right buttock. The timing of the DVT's formation was crucial in this case because if the DVT had formed before the surgery, then placing SCDs at the hospital would have made no difference. However, if the DVT had formed after the surgery then placing SCDs could have prevented the development of DVT and bilateral amputation. The trial court concluded that the jury, without engaging in impermissible speculation, had reasonably found that the plaintiff's DVT did not become established until after the second surgery and if the SCDs had been placed as ordered, the DVT could have been prevented.

The District of Columbia Court of Appeals rejected the hospital's argument. It stated that there was no case law or other authority that required tort plaintiffs to negate a possibility (i.e. that the DVT became established too early for the ordered SCDs to be effective) AND show that timely placement of the SCDs would have kept the DVT from becoming well-established. In this case, the court found that the plaintiff's expert witness testimony was enough to meet the standard of proof. The court concluded that a mere showing that placing SCDs could have prevented the DVT satisfied the burden of proof.

The plaintiff, as cross- appellant, asserted that the jury's award of $650,000 was inadequate. He contended that the trial judge's refusal to give the "special susceptibility" instruction was erroneous and caused the jury to minimize his damages. The "special susceptibility" instruction is the principle that "a negligent actor must bear the risk that his liability will be increased by reason of the actual physical condition of the other toward whom his act is negligent." This means that the physician is negligent for the results of his act even if the patient had other pre-existing condition before coming in to the hospital. In this case, there was evidence that the plaintiff came into the hospital with other pre-existing conditions including diabetes, obesity, hypertension, and a history of smoking. Plaintiff argued that without the special susceptibility instruction, the jury might have perceived these conditions as contributing factors, ultimately decreasing his damages.

Court of Appeals similarly rejected this argument. The Court explained that the Hospital tried the case on the theory that an independent factor caused the DVT. As a result really made no effort to lay blame on the plaintiff's pre-existing conditions. Therefore, the trial court was correct in deciding that a "special susceptibility" instruction was not necessary for this case.

This case is both a win and a loss to lawyers arguing future medical malpractice cases in D.C.

The holding in this case effectively lowers the burden of proof for plaintiffs in future D.C. medical malpractice cases. The Court of Appeals held that malpractice plaintiffs are not required to negate a possibility AND show that timely treatment would have kept an injury from forming. When establishing negligence, the plaintiff has the burden to show all the elements, (generally causation is the most disputed element). According to the Court, in order to satisfy the standard or proof, the plaintiff only has to show by a preponderance of the evidence that if not for the treatment or failure of the treatment the injury would have not occurred. The plaintiff does not need to show that there was an actual causation to meet the standard of proof. This ultimately sets the bar much lower for plaintiffs, making cases more favorable to them.

The Court's decision on the "special susceptibility" instruction is obviously less favorable for malpractice plaintiffs. But it does not change the fact that a doctor in a malpractice case take her victim as she finds her. Accordingly, a negligent doctor must still bear the risk that her liability will be increased by reason of the actual physical condition of the victim.

One of the main things that jumps out at you from the result in this case is how seemingly low the final verdict was. Juries in Washington, D.C. will award big, multi-million dollar verdicts. So $650,000 seems pretty small for a plaintiff who lost both his legs. Even if the Providence Hospital didn't make a big deal about the plaintiff's pre-existing medical conditions in its defense the fact that the jury award was so small should have indicated that something was amiss. It seems very likely that the jury may have devalued this case because of the plaintiff's pre-existing health conditions.