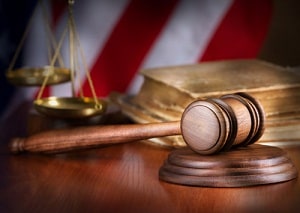 There are notable differences between Maryland law and the District of Columbia law governing tort claims. This is by no means an exhaustive list but these are some of the most common differences that trip up some lawyers (or are just important).

Which jurisdiction is better for plaintiffs if they have a choice? It really depends on the facts of the case. Maryland and D.C. have some very different laws but the difference in the jurisdiction seems to help or hurt with equal measure. Certainly it is also important which jurisdiction in Maryland it is. Usually in cases where there is a choice between the District and Maryland, the venue is either Montgomery County or Prince George's County. Of those three jurisdictions, P.G. County is going to be the best jurisdiction for the majority of tort claims.

In D.C. a PIP application must be filed within 60 days. In Maryland, you have a year to file.

The District of Columbia requires the insurance company to notify the plaintiff, upon request, of the insured's policy limits.. D.C. Code § 31-2403.01. Maryland law makes you jump through some hoops but also requires insurance companies to produce this information for cases after October 1, 2011. Unlike D.C., Maryland requires plaintiffs' counsel produce at least $12,500 in medical bills allegedly related to the motor vehicle collision. Both jurisdictions require a response with 30 days to this request.

D.C. does not have any damage caps. Maryland has separate caps for malpractice and non-malpractice cases.

In Washington, D.C., punitive damages are available in cases where there is ill will, fraud, recklessness, or willful disregard of the plaintiff's potential injury if there is clear and convincing evidence. Maryland law is much more strict, requiring actual malice. Because there are few insurance policies for actual malice, punitive damages are unlikely to be available for tort claims in Maryland that are covered by insurance.

Lost wage calculations in D.C. require deductions for expected income tax. Maryland does not have the same requirement.

Notice of Claims Against the State

In Maryland, the owner of the vehicle has to be negligence in some way to have liability. In the District, the owners is responsible in most cases where they was permission to drive the vehicle and the owner is not a rental car company. D.C. Code § 50-1301.08.

Washington D.C. now has dram shop liability against bars and restaurants. Maryland still does not (although not everyone on Maryland's high court agrees.

Getting Counsel for Your Case

We handle tort claims in the District of Columbia and Maryland. If you have been injured or have lost a loved one as the result of the negligence of someone else, call our lawyers at 800-553-8082 or get a free on-line consultation.