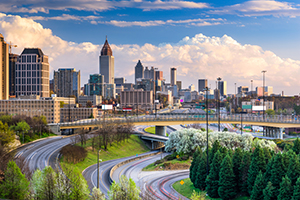 Grady Hospital first opened its doors back in 1892 and was named after Henry Grady, owner of the Atlanta Constitution and local politician. From its very beginning, Grady was intended to serve as a hospital for Atlanta’s poor and underserved population. That mission continues to guide the hospital today. Grady provides an estimated $300 million in charitable care each year and most of the hospital’s revenue comes from Medicare and Medicaid reimbursement.

Since 2008, Grady has been administered by a newly created non-profit corporation with a 17-member board that makes all final decisions. Grady receives financial support from charitable donations and the City of Atlanta and DeKalb County. This corporate structure is similar to many other public hospitals and has no impact on Grady’s ability or willingness to settle and pay medical malpractice claims.

Grady Ranks Low for Patient Safety and Quality of Care

Although Grady is a well-respected hospital and has many prominent doctors, it consistently ranks very low for patient safety and quality of care. Grady consistently earns patient safety and care grades of C or lower from hospital watchdog group Leapfrog. This is one of the lowest grades for any hospital in Atlanta. Grady’s low safety grades are partly a reflection of the hospital’s commitment to serving unprivileged communities and charitable care.

As a general rule, hospitals like Grady prefer to settle valid medical malpractice cases quickly and confidentially. Grady and other hospitals are very concerned about protecting their public image and reputation. This often motivates Grady to settle malpractice claims rather than go to trial and risk the negative publicity of a big, headline-grabbing verdict. Moreover, Grady is self-insured so they have the ability to settle malpractice claims without approval from an insurance carrier or worrying about how a settlement might impact their insurance rates.

Although Grady Memorial Hospital gets sued in medical malpractice cases all the time, finding jury verdicts, or publicly reported settlements against it is very difficult. This is mostly due to the fact Grady prefers to settle malpractice claims confidentially and avoid going to trial.

Below are basic summaries of some recently filed or currently pending medical malpractice cases in which Grady Memorial Hospital was named as a defendant. These cases will give you an idea of the types of allegations and malpractice claims that are made in lawsuits against Grady.